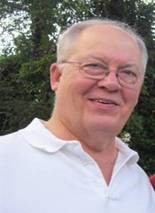 I am very sad to write this. Ian was a classmate and friend of mine and my bride Arleen.
We kept in touch after school and were regular patrons of the Island Squire. I would always get him to sing “You’ll Never Walk Alone”, the signature song of the A Capella Choir at Mepham.
R.I.P. Ian too young too soon.
“Jan Wilgenkamp Jr., 80, of Lafayette, NJ, passed away on May 8, 2019. Jan was born in Brooklyn NY on August 30,1938. He lived in Merrick NY, Holbrook NY, Middle Island NY and Lafayette NJ.
He attended Mepham High School in Bellmore NY (class of 56) and was president of the acapella club. He was honored in 2004 as Mepham’s homecoming grand marshal. Upon graduating he briefly attended SUNY Potsdam before enrolling at Hofstra University in Hempstead NY. there he graduated with a degree in Music education class of 1962. After graduating he returned to play the lead of Sky Masterson in the Hofstra alumni production of ‘Guys and Dolls’. From 1963-1971, he taught music at Westbury High School and was the choir director. In 1971 he raised funds so his choir could make a school trip to Quebec,Canada. Concurrently, he worked weekends as maitre d’ at the Sunrise Village in Bellmore and later at the Bavarian Inn in Ronkonkoma NY. In 1973 he started his second career as proprietor of the Island Squire Restaurant in Middle Island NY. From 1973-1991 he created a one of a kind establishment marrying entertainment with fine dining, Each weekend he would put his immense vocal talent on display with the help of his friends in the Perry Lane Orchestra. Many weddings were hosted and many great times were had. Upon the shuttering of the business, he once again returned to performing, heading the national touring company production of ‘Man of La Mancha”. Lastly he returned to his true love, teaching music. From 2000-2012 he taught 7th and 8th grade music at Kittatinay Regional High School. He directed many bus trips for parents and students alike to NYC to see the magic of Broadway in person. And every year he would lend his talents to the role of Santa in the schools Christmas concert. Upon retiring, he enjoyed golf with his sons and his pal, Bud Chase. He enjoyed many trips with his wife Maureen to Newport Rhode Island. He made a pilgrimage to his fathers birthplace with daughter Laurie where they discovered a street named for his family. He was famous for his never ending phone calls to family and friends alike. He enjoyed watching the grandkids of his “adopted” family, Zoe, Jasper and Avery, grow and thrive. But Mostly, He never got tired of sharing his greatest gift. That voice.
Jan was predeceased by his beloved parents Jan Wilgenkamp and Madeline DeLavore, and his brother Richard. He is survived by first wife Margaret and their 5 children, Chris, Steven, Paul, Tracey and Laurie and granddaughters Ryan and Victoria. He is survived by wife Maureen and her children Kym Frank husband John Pierce their children Zoe and Jasper and Matt Frank and his daughter Avery. Also survived by a large Sicilian group of cousins including Diane Illiano Yonkers of Chicago Ill, Dick Lavelle of Los Angeles CA, Tony and Louis Gianaola of Las Vegas NV. Also a Dutch contingent headed by distant cousin Marja Wilgenkamp.
Visitation will be held on Monday, May 13, 2019 from 5 – 9PM at Goble Funeral Home 22 Main St., Sparta, NJ 07871. In Lieu of flowers, donations in Jan’s memory would be greatly appreciated to either of the following organizations: ACC C.U.R.E. 6 West Lake Drive, Montville, NJ 07045 or Kittatiny Regional High School Att: Betty Scymanski 77 Hallsey Rd., Newton, NJ 07860.”